A hospitable church with a deep history

Over a century of love in historic Tryon, North Carolina

The Deacon reported for Tryon City Mission in 1886: “A log church for the colored people has been built near Tryon.” Good Shepherd Mission was officially organized in 1908.

Good Shepherd Episcopal Church in Tryon, NC was established decades before it had a proper church building. At the turn of the 20th century a supporter from the town’s segregated, majority-culture Episcopal church, Holy Cross, established a Sunday school in Tryon to educate Black children. Mabel True Plaisted was the second wife of the former governor of Maine, Harris Plaisted. She was widowed in 1898 at the age of 44 and appears to have lived in Tryon, at least part-time, with their only child, Gertrude, who was 8 years old at the time of her father’s death. Records show that some funds for her project were donated by her church congregation in Bangor, Maine. 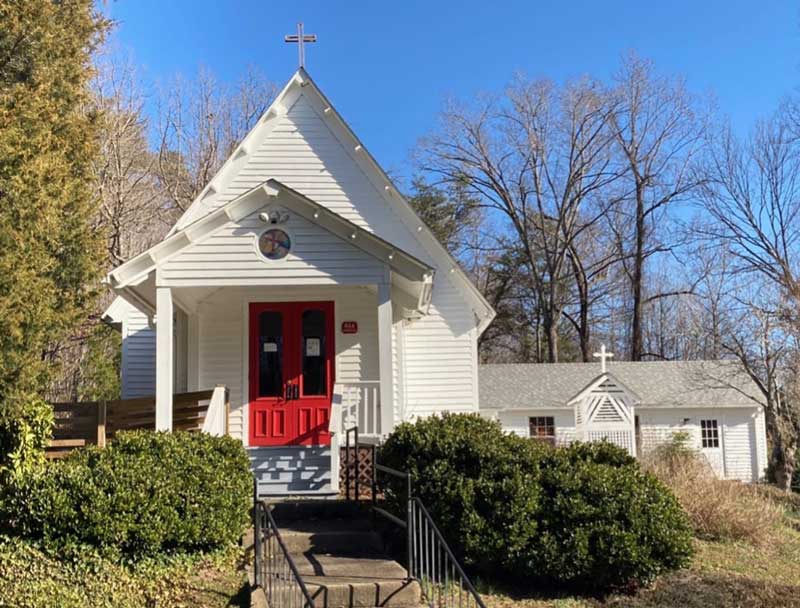 Mrs. Plaisted’s Sunday school created a community of faith for young Black children to learn, share fellowship and study the teachings of the Bible. In time, the Sunday school became a gathering point and place of resources for the extended families in the Black community. The Town of Tryon did not view the expansion of the Sunday school near Holy Cross Church favorably and in 1907 Mrs. Plaisted was asked to close her school. 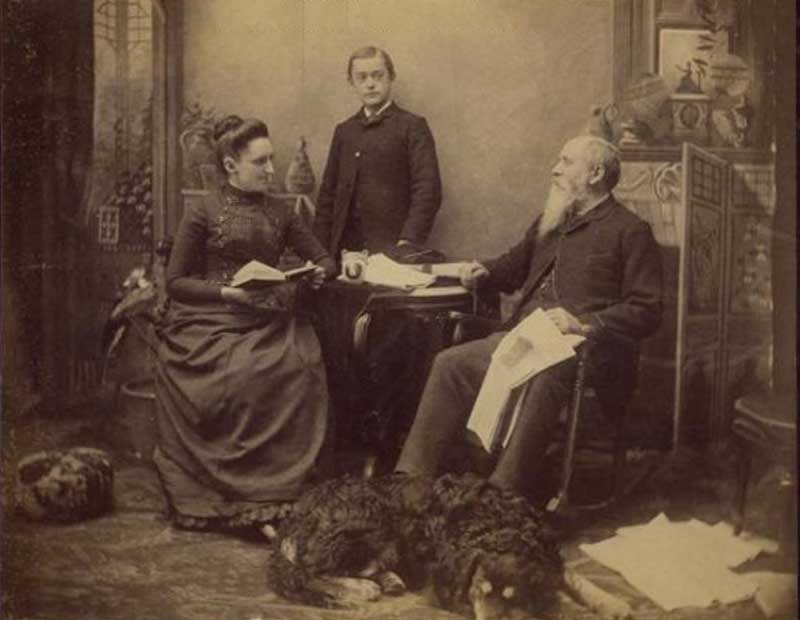 By 1908 Good Shepherd Church had its first physical facility. Church services were conducted in the newly established Tryon Colored School on Markham Road in Tryon, on the site of where the church stands today. The school was not only for educational purposes but also offered a dormitory and chapel. A substantial donation of land was provided for the school by Edmund Embury, a philanthropist dedicated to creating educational opportunities and vocational skills for Black students.

Scotland Harris was then recruited from Halifax County, NC to run the school and by the year 1911 student enrollment was at 102. He served as Principal and his wife, Mary Harris, worked as a teacher. Unfortunately, Scotland Harris’ tenure as school Principal ended due to deeply unfair circumstances. When Edmund Embury invited Scotland Harris to sit with him for a Sunday service at Holy Cross Church, Harris was fired from his position at the Tryon Industrial Colored School by the Bishop – pressured by town leaders. Another reason Mr. Harris faced opposition was the leaders objected to Mr. Harris’ home he built for his family. As stated in reports at the time, By building his own home “so stately” he was “likely to arouse and create an ambition among Negroes for a place and station in life which the Negro was not yet prepared to fill.”

The community was deeply impacted by the dismissal of Scotland Harris. However, the Tryon Industrial Colored School continued operations after his departure with the arrival of the new Principal, Rev. Samuel Radway, and the enormous talents and contributions of many community volunteers and teachers, including the Harris’s daughter, Helen Harris Hannon 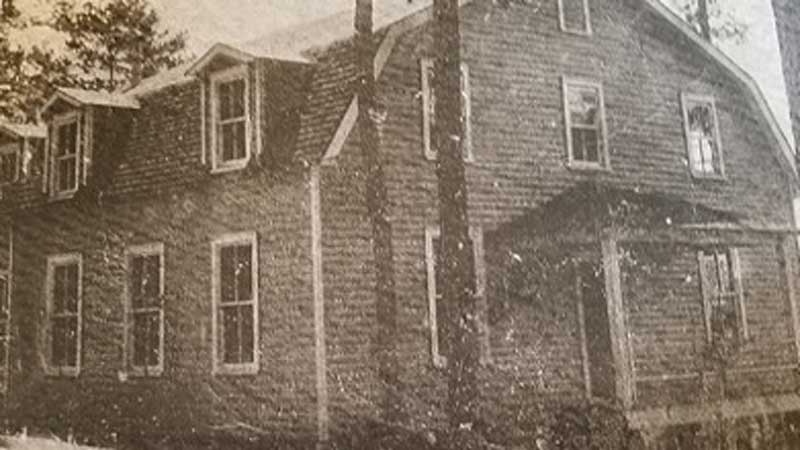 During the era following the departure of Scotland Harris the Black Episcopal congregation in Tryon continued to grow. Much of this can be attributed to the cooperation and outreach of groups such as Diocese Woman’s Auxiliary to the National Council. Under this structure an alliance of Black churches within the Diocese met regularly and expanded membership. Churches within this group included: St. Matthias Church in Asheville; St. Cyprian Church in Franklin; St. Stephen’s Church in Morganton; St. Gabriel’s Church in Rutherfordton; and Good Shepherd in Tryon

During the era of the 1940’s and 1950’s the Tryon Episcopal community possessed all the necessary components for a proper faith community: people, programs, and structure. What was needed was a church.

By 1955 Bishop Henry of the Western North Carolina Diocese realized that Good Shepherd Church needed a building, separate from the schoolhouse. He arranged to acquire the vacant St. Andrew’s Chapel within the Green River Plantation in Rutherfordton to be moved to Tryon at the site of the Industrial Mission School. The St. Andrew’s Chapel was built in the early 1900’s by the Coxe family, owners of the Green Creek Plantation, to provide a place for worship for Black families working on the property. St. Andrew’s Chapel was first consecrated in 1908 by Junius Horner, Bishop of Asheville. Members included previously enslaved people and their descendants who continued to live on the plantation after the Civil War. By 1955 the chapel had fallen into disrepair after going unused for many years. The roof of the chapel was removed and the building was deconstructed into four pieces for transport to its present location on Markham Road in Tryon.

Once relocated, the chapel was re-consecrated and named Good Shepherd Church. It became central to the vibrant community of Black families by providing much more than church services. It was a social sphere, a gathering spot, a place from which people shared their life experiences and drew collective strength. It’s new home in Tryon offered new life to an old building by finally giving the congregation of Good Shepherd Tryon its own church. 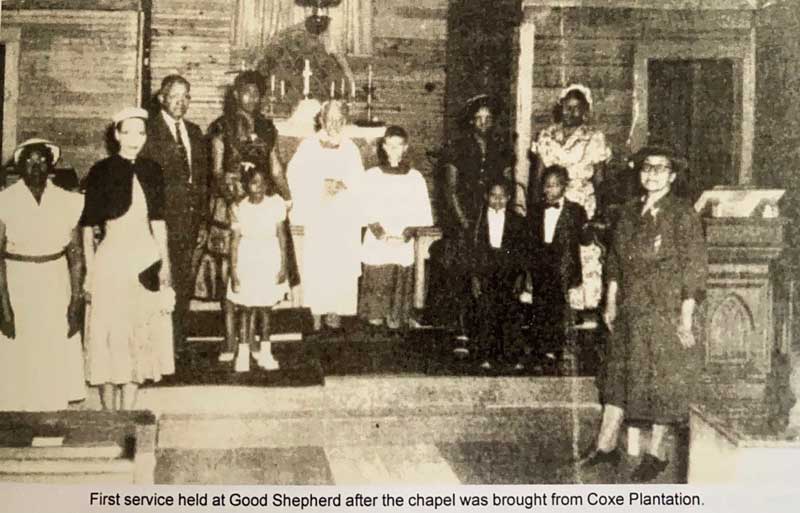 Our doors are open.